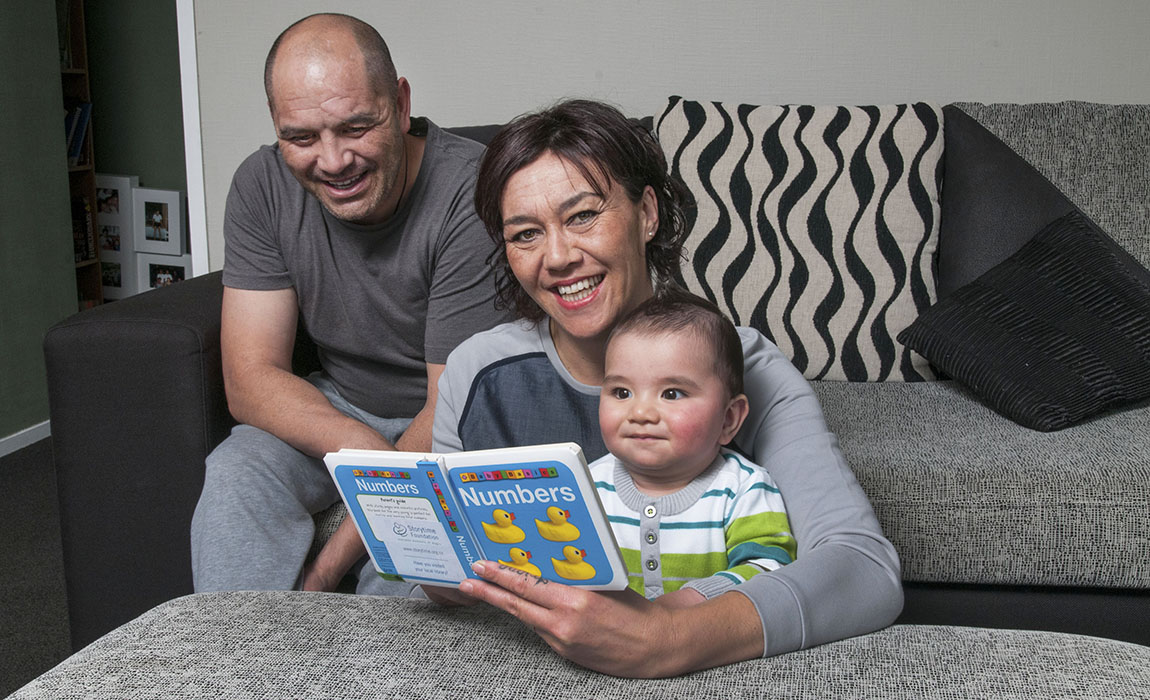 Were you ever read to as a kid? Chances are that if you were, you have fond memories of the experience. Maybe a teacher read The Paper Bag Princess to your class when you were five, or one of your parents tucked you in at night with a much-anticipated chapter from The Lion, the Witch, and the Wardrobe. Or maybe a grandparent delivered such a slow, menacing read of The Witches when you were seven that you and your siblings let out little shrieks of terror as a constant background to the narration. Whatever the listening experience, you probably have at least one memory of being read to that, twenty, thirty, forty, fifty years later, you still treasure. And it turns out such early encounters with books are more than just fun for the kids who have them: they’re incredibly beneficial development-wise, and have the added bonus, when the reader is a parent or other wh?nau member, of strengthening the bond between you and empowering parents to recognise just how vital a role they play in their children’s education, even from very early on.

So just how early are we talking? Well, the research is pretty clear: there’s no such thing as too early. A study in the UK, which followed the first cohort of kids enrolled in the Bookstart programme – a book-gifting initiative started in 1993 by the charity Book Trust to provide free children’s books and related materials to families on low incomes – found that the kids whose families were enrolled, all of whom received books, posters, poem cards, and information about library facilities at the time of the kids’ nine-month health check, outperformed their peers not just in English but also in maths once they reached primary school, and that this advantage continued as their education progressed. And two years after the materials were originally given, the Bookstart families continued to give higher priority to books, visit libraries more often, and spend more time sharing books with their kids than comparison families, with the kids themselves showing greater concentration and interest in books, pointing to the text more, trying to turn pages more, joining in with the reading more, asking and answering more questions, and making more predictions when being read to by their parents than kids whose families hadn’t received the materials.

Other studies echo these results, with reading to kids shown again and again to improve kids’ language skills, give them educational advantages more important than socioeconomic status, strengthen their bonds with parents or caregivers, and provide benefits to parents themselves that include greater skill acquisition, confidence, self-esteem, and engagement with learning. There haven’t been as many studies that have focused exclusively on the benefits of reading to babies as opposed to young children, but those that have looked at babies in particular clearly demonstrate the fact that there really is no such thing as starting too early: even if babies aren’t cognitively equipped to benefit as much as toddlers or older kids from the words on a page, the act of sitting in a parent’s lap and listening to the rhythm and intonation of language may strengthen the bond between parent and child and provide all the known benefits of conversation and other forms of adult-to-baby sharing, as well as addressing important linguistic precursors such as rhythm and prosody.

So the message is clear: if you’re a parent of young kids, read, read, read to them! But remember that this shouldn’t feel like a burden: the benefits only happen if it’s fun, not just for your kids but also for you. We get that there are so many demands on parents these days that it can be easy to neglect your own needs because you think that’s what’s required of you (just as there’s so much information out there about what’s good for kids that it can be easy to inadvertently foist too much on them and take the fun out of things they’d naturally enjoy), so it’s important to always keep in mind that sharing books with your kids should be about sharing the pleasure and joy of stories and language – something that can be fun and exciting at any age!